Armchair travel around the world!

Start your reading adventures with our FREE Reading Atlas. 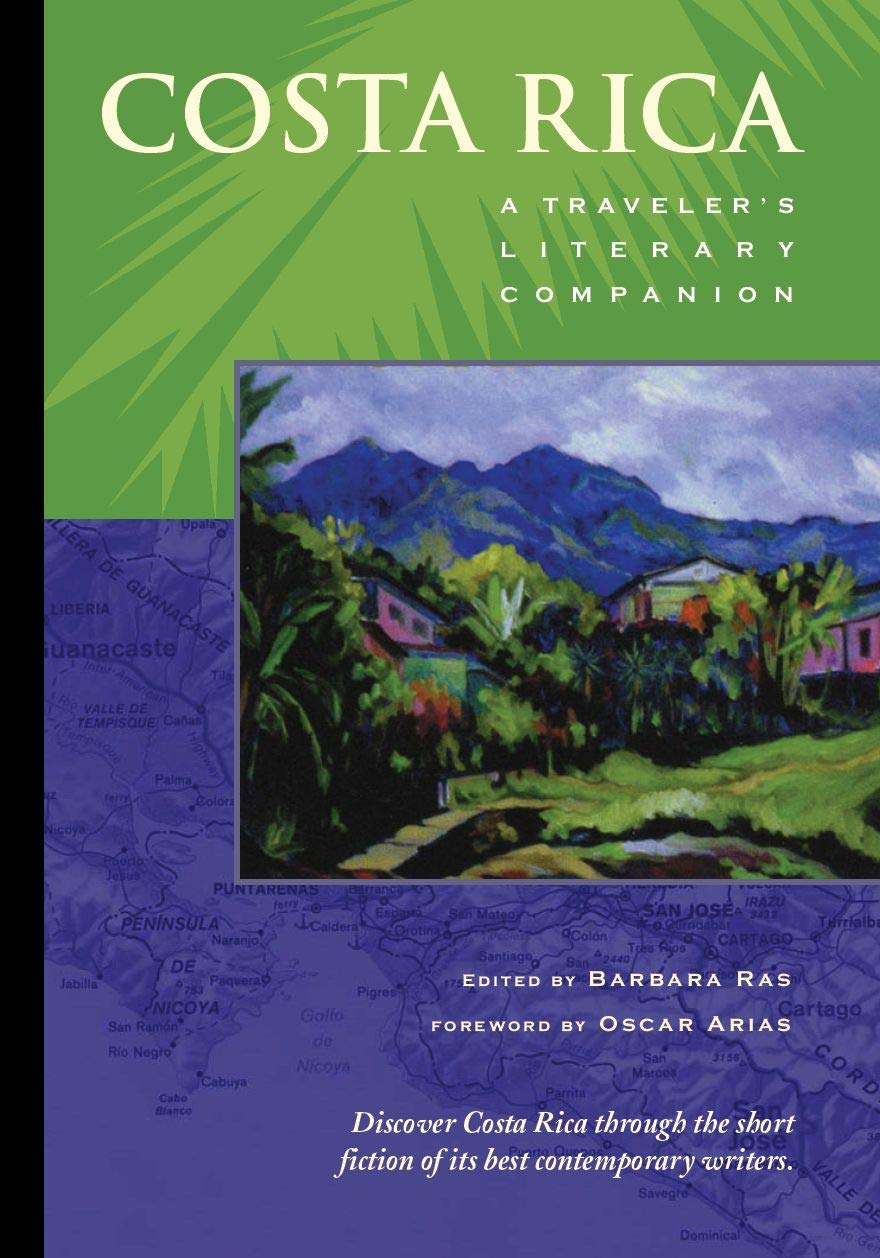 This short story collection (256 pages) was published in March of 1994 by Whereabouts Press. The book takes you to all regions of Costa Rica. Melissa read Costa Rica and loved it; it wouldn't be on our site if she didn't recommend it.

Bookshop.org is an online bookstore with a mission to financially support independent bookstores and give back to the book community.

The 26 short stories in this compelling collection — written in Spanish by 20th-century Costa Rican authors and beautifully translated — are arranged by geography. Read in order, they’ll take you on a literary journey from the north near Nicaragua, then head to the capital region of San Jose. Next, you’re off to the sunny beaches of both coasts to end your trip at the southern border.

Along the way, you’ll be swept away by all genres: thrillers, magical realism, literary meditations, fairy tales and fables, stories of revenge, and 19th-century morality tales. The common thread? Vividly rendered settings that place you firmly in the jungles, villages, cities, and beaches of Costa Rica — against which family drama, history, colonialism, and daily life unfold.

In the standout mini-thriller She Wore a Bikini by Alfonso Chase (translated by Leland H. Chambers), the beautiful and mysterious Adelita Gonzalez goes missing. As the unnamed (and sympathetic) narrator explains, ‘no death notice has come out because the family isn’t certain whether she has been drowned, kidnapped, or murdered, since her body has never appeared. It seems that she spent those days writing in a notebook that has never been found…’

We follow along as he interviews witnesses, trying to find out what happened to Adelita. There’s the observant bus driver, a hotel receptionist, a cleaning woman, gossips at a food stand; they all add pieces to the puzzle while contradicting each other’s recollections. It’s darkly funny and very satisfying.

The short fable The Blue Fish by Julieta Pinto (translated by Angela McEwan) is a gentle reminder that rather than trying to cling to happiness, we must simply enjoy when it surfaces. The story unfurls in lyrical writing that’s almost prose poetry. Coconut palms are ‘as languorous as women in hammocks… they sway back and forth without worrying about the weather.’ The moon comes out ‘when the sun was hidden, as it if felt obliged to take its place in order not to leave the sky sad and alone in the darkness.’

The fairy tale-like When the New Flowers Bloom by Carmen Naranjo (translated by Linda Britt) is awash in magical realism. When two young people fall madly in love, their passion bewitches the entire town. The couple meets in front of the school with ‘burning glances… for them the birds sang, the flowers opened, the eucalyptus perfumed the air, twilights lengthened….’ As their cloud of love envelops the town, strange changes take place — and then this sweet story sticks the landing with a wistful twist that sums up the Costa Rican attitude of acceptance and pura vida.

After we pass the city of Bagaces, we will arrive in Liberia, the White City, so called because in the past it was paved with limestone gravel, of which now barely a trace remains. But in point of fact, I must tell you this: our mothers and grandmothers recount that at night, in the moonlight, the city appeared completely white and luminous, and such was its brightness that you could read in the middle of the night without electric lights. — Mystery Stone, Rima de Vallbona (translated by Barbara Paschke)

Strong Sense of Place is a website and podcast dedicated to literary travel and books we love. Reading good books increases empathy. Empathy is good for all of us and the amazing world we inhabit.

If you like the work we do, you can help support us through our Patreon! That'll unlock additional content, too — like Mel's recipe for Banh Mi Bowls, and Dave's behind-the-scenes notes for the latest Two Truths and a Lie.

This is a weekly email. If you'd like a quick alert whenever we update our blog, subscribe here.

We'll share enough detail to help you decide if a book is for you, but we'll never ruin plot twists or give away the ending.

This 30-page Reading Atlas takes you around the world with dozens of excellent books and gorgeous travel photos. Get your free copy when you subscribe to our newsletter.

Content on this site is © 2021 by Smudge Publishing, unless otherwise noted. Peace be with you, person who reads the small type.